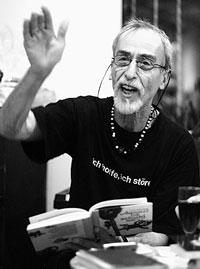 Peter-Paul Zahl was born in 1944 in Freiburg/Breisgau, spent his childhood in the GDR and lived in the Rhineland later. He left for Berlin in 1964 as a conscientious objector. In 1965 he had his first public reading and since 1966 was a member of the Dortmunder Gruppe 61. In 1967 he founded his own publishing house. Zahl was committed to the APO (extraparliamentary opposition) and was a member of the movement 2.Juni. In 1974 he was condemned to a prison term for taking part in a shooting with the police. After his release in 1982, he spent some time in Grenada, in the Seychelles and in Italy, until he settled down on Jamaica. In 1980 he received the Förderpreis zum Bremer Literaturpreis and in 1995 the Glauser Prize for the best crime novel in the German language. 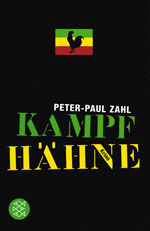 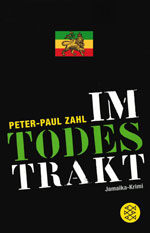